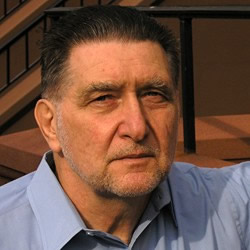 Although I am probably much better known as a Sociologist who studies Urban Neighborhoods and much more likely to define myself as an Activist or Public Scholar, almost all of my work has been “visual” in one way or another. I came to my first International Visual Sociology Association meeting in 1997 at the suggestion of a member of the American Sociological Association Urban Community Section who thought what I did was “Visual Sociology.”

The meeting was in Boston and after I heard George Psathas, a fellow phenomenologist speak, I never left. My idiosyncratic visual approach is best represented by my book Seeing Cities Change: Local Culture and Class (Ashgate 2012) and I’ve used in in everything from fighting racial discrimination in America the 1970s to more global efforts for inclusive cities today. The best and worst thing about the International Visual Sociology is that it is, like a spiral, impossible to describe without moving your hands. In other words, as might be expected, you have to see it to believe it.

RT @NORCNews: Do you know a student studying social science? Encourage them to apply for @ssrc_org’s Rachel Tanur Prize for #VisualSociolog…