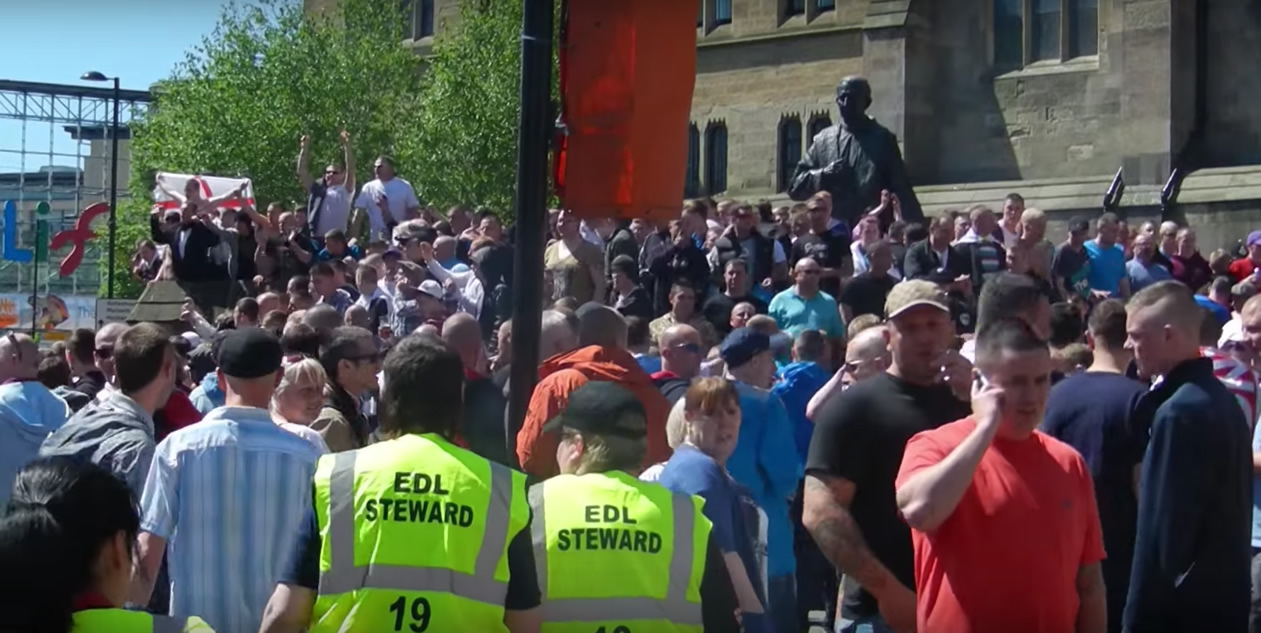 This film is based on almost two years of ethnographic engagement with members of the EDL that tries to understand a dissonance between internal and external interpretations of who the EDL are and what they stand for.

‘Not racist, not violent, just no longer silent’. This chant rings out from protestors on English Defence League (EDL) demonstrations month in and month out. EDL members explain again and again to the researcher that they are ‘not racist’ and they are visibly angered and frustrated by the shouts of ‘Nazi scum’ that emante from counter-demonstrators as they march through city streets trying, they say, ‘to get our message across’ using the only means they have ‘to be heard’. The image of the movement in the media and broad sections of the public, however, remains steadfastly that of a ‘far right’ party with Islamophobic if not more broadly anti-immigrant and racist views. And EDL members, including their former leader ‘Tommy Robinson, admit that people holding such views can be found at demonstrations and on the fringes of the movement.

The English Defence League: Going Back to its Roots?