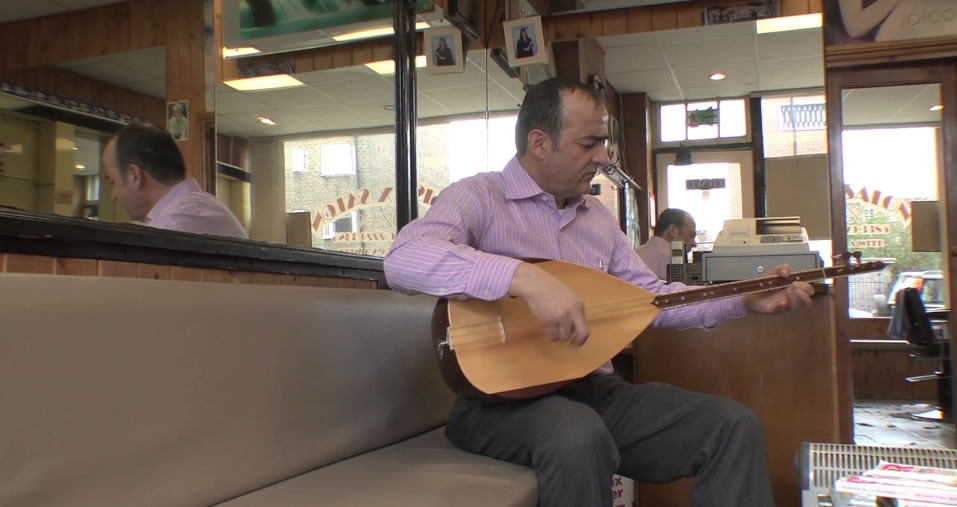 Work by Luana Kaderabek, shared on October 30, 2013. Posted in Showcase

This documentary has been created as part of the Digital Anthropology (MSc) program at UCL and has been nominated one of the three best films in the autumn/winter class in 2012.

It is about Ozan Figani’s life, a hairdresser originally from Turkey, Anatolia, who owns a traditional Salon in East London. Little by little he starts to reveal his true first job (music and poem writing).

He is an Alevi. In Turkey, Alevism (considered by many to be a religion similar to Buddhism or a simple way of living) is a popular belief embedded in many political conflicts. It has been oppressed and forbidden for many years in Turkey and only nowadays it is a bit more acceptable.

That’s why the culture is based in oral practices (it was danger to have any kind of register) such as traditional sayings and poems in the form of songs and through the teachings of the chosen Minstrels (called Ozans).

So, in order to keep Alevism alive, Ozan Figani follows the journey as a minstrel: carrying the messages from the past and transmitting it for the future generations.

The Minstrel – a documentary film