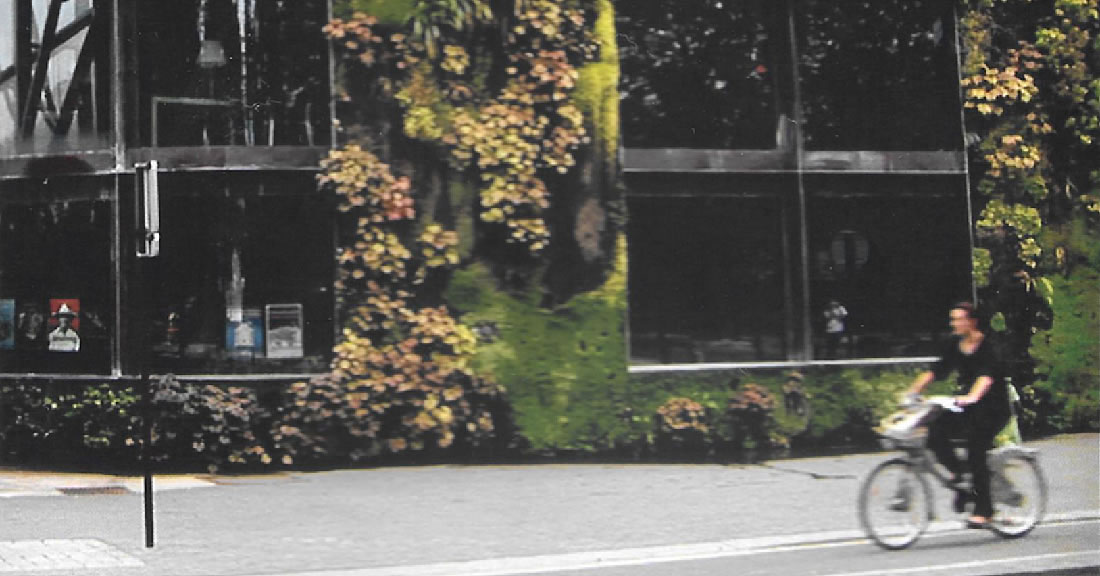 Work by Jerome Krase, shared on October 28, 2013. Posted in Showcase

In Part I, I discussed documentary pedagogy and Richard Broadman’s Brownsville Black and White (2000) and offered that we consider the strengths and weaknesses of the medium and individual products. This part concerns Bullfrog Films four-part environmental series Edens Lost and Found, Biophilic Design, and I.M. PEI: Building China Modern.

In “Teaching Urban Documentaries Part I” I light-heartedly discussed video documentary pedagogy and Richard Broadman’s Brownsville Black and White (2000) and offered that we must consider the strengths and weaknesses of the medium and the individual products. This second part concerns three Bullfrog Films productions; the four-part environmental series Edens Lost and Found (2006), Biophilic Design (2012), and I.M. PEI: Building China Modern (2010). For each, I suggest their value for classes that are “visual” in one way or another, and as supplements for urban and environmental studies course.

Edens Lost and Found videos shows more and less workable models for transforming the environmental dystopias of Chicago, Philadelphia, Los Angeles and Seattle into sustainable cities. Each unit runs about an hour, providing opportunity for discussion in most classes. Unless for courses on sustainable American cities I don’t think all are worth viewing in one semester. One could be shown in class and the others made available for interested students as supplemental or recommended “reading.” For visual studies classes they can serve as a comparative research assignment. Each does a good visual job on how government and community groups can individually, or better – together, work to improve the urban quality of life. They are made a bit more entertaining through narration by more and less famous faces and voices. Chicago is introduced by the NPR journalist Scot Simon, and Los Angeles by NYPD Blue actor, and Brooklyn College graduate, Jimmy Smits. Another well-know actor, David Morse, guides us around William Penn’s “Holy Experiment” of Philadelphia.

As with Brownsville Black and White, their discursive value, however, decreases with the students’ lack of familiarity with the locations. The less familiar they are, the more likely they will passively accept what is shown as “true” or “real,” and be less critical. Having photographed in each, they are familiar places for me but not my students. In teaching visually, one must connect “there and then” to “here and now.” In each, “talking heads” of community activists, politicians, and professionals are contrasted with, sometimes spectacular, images of good, bad, and ugly local environments. Converting rubbish-filled lots to lush community gardens is a virtual trope. Each city faced a range of demographic, economic and environmental challenges and answered them with current best practices for open spaces, public parks, urban forestry, watershed management, public art, waste disposal, recycling, green architecture, environmental justice, neighborhood development, and mass transit alternatives..

Biophilic Design and Edens Lost and Found could be used for the same classes but videos like Biophilic Design require more pedagogic input. One can’t simply turn it on and walk out of the room to attend a meeting. Biophilic Design needs explanation and discussion about the fundamental principles of sociobiology and biophilia. Biophilia is an evolutionary theory positing genetically inherited human preferences (genetic memory) for things in nature. As an ideology it suggests that being close to nature makes human beings somehow “better.” The film’s primary narrator is the famous, and heartedly criticized, sociobiologist Edward O. Wilson. It offers an excellent visual presentation of its message “Come on a journey from our evolutionary past and the origins of architecture to the world’s most celebrated buildings in a search for the architecture of life. Together, we will encounter buildings that connect people and nature–hospitals where patients heal faster, schools where children’s test scores are higher, offices where workers are more productive, and communities where people know more of their neighbors and families thrive.” This message means different things to psychology versus sociology students or for urban planners and architects. One feature is Frank Lloyd Wright’s Falling Water home that would require for most students an explanation of how, given its well-know structural problems, it relates to environmental sustainability.

As in the Edens videos, most pleasing and digestible are scenes of ordinary people in community gardens. Equally impressive are a global array of grand designs contrasted to dull shopping centers and tedious offices. It is difficult to disagree with the message that humans have a “Need for nature in a deep and fundamental fashion” or that “we have often designed our cities and suburbs in ways that both degrade the environment and alienate us from nature.” However, one need not be a biophiliac to enjoy nature’s insertion into otherwise artificial urban spaces.

The best of the films is I.M. PEI Building China Modern. It is easy to see why it won so many awards as it can be simply enjoyed as well as visually learned from. It tells the story of world-renowned modernist architect I.M. Pei’s returned to his Suzhou hometown in his eighties to design and supervise construction of a modern museum without insulting the Ming and Qing dynastic architecture of the 2,500 year-old city. Having photographed “the Venice of the East’s” canal-laced hutongs in 2005, I appreciated the aesthetic challenge. The video captures the gentle modesty of I.M. Pei and his family, the social complexity of the tightly knit neighborhoods surrounding the museum, and the nobility of classical Chinese architecture. As with the other documentaries, there are different ways of viewing I.M. Pei, but the best is always with an informed instructor. Bullfrog Films recommends it for architecture, planning, design classes and students studying China. However, as a wonderful multidisciplinary visual experience, I would show it in almost any class.

Bullfrog Films is the oldest and largest publisher of environmental videos in the U.S.. They offer “top shelf” “progressive” personal essays and investigative documentaries on everything from agriculture to women’s studies for middle-school through introductory college level classes (http://www.bullfrogfilms.com). However, as noted by these brief reviews, as with written text, their pedagogical value depends as much on what happens in the classroom as on the screen.