The project Spiritual Flavours is comprised of three creative visual outputs: a recipe photobook; a 28-minute film and the photographic series ‘Meals’. These are complementary and explore different aspects of the relations between food and spirituality. This project forms part of Laura’s practice-led doctoral research at UCL and the wider ‘Making Suburban Faith’ project, funded by the AHRC, led by Professor Claire Dwyer (Geography, UCL) and Professor David Gilbert (Geography, RHUL).

Spiritual Flavours brings together worshipers and recipes from eight faith communities situated within the borough of Ealing (London) in order to investigate the ways in which food practices and faith interrelate. These communities include a synagogue, a Sri Lankan Hindu Temple, a mosque, a Sikh Gurdwara, an Anglican church, a Roman Catholic church, a Polish Catholic church and a Pentecostal church, which takes into comparative consideration the religious and cultural diversity of contemporary suburban London.

Laura invited community members to contribute recipes significant to their spirituality, their personal histories and their ways of practicing and experiencing religion. Although the recipes are not exclusively ‘spiritual’, many different foods and food rituals feature as part of religious and community practices. For instance, offerings to deities; blessed food within religious rituals; staple dishes that celebrate specific religious events; and dishes for breaking fast. There are also dishes cooked as part of community-outreach, such as offering food to the general public; to celebrate community diversity; or to feed people in need. The project also explores the gendered work undergirding religious food practices and other key themes, such as how foods can be a way of providing children with a religious education – e.g. to narrate religious stories, mark religious events in the calendar and punctuate religious rituals – or how certain dishes, flavours and smells connect people with their childhoods and with others. Thus, food functions as an affective, temporal and rhythmic marker of religious practices.

The book is arranged into eighteen sections featuring the recipe contributors. These start with recipes and pictures of the dishes, followed by images of food preparation, domestic interiors, religious practices, worship settings and portraits, as well as biographical narratives. As well as being a work of photography and a record of lives, the book is also a practical cookbook: a unique way of disseminating and experiencing social research and knowledge – enabling an affective and embodied way of preparing and experiencing dishes, whilst appreciating others’ spiritual and personal significance of the dish. To this end, a first edition of the book (132 copies) has been produced and distributed to participants and faith communities, libraries and the Photographers’ Gallery bookshop where it has sold out.

Three community members who feature in the book, Betty, Aziz and Ossie (belonging to a Catholic church, a mosque and a liberal synagogue, respectively) also feature as main protagonists of the Spiritual Flavours film (28’). Through the use of a three-way-split screen, as well as visual and sonic synchronies and asynchronies, the film explores commonalities and differences between them. By overlapping soundscapes of cooking and praying, the film develops a rhythmic and affective experience of the relationship between food and religious practices. At the end, Betty, Aziz and Ossie meet, watch the footage, cook and eat together. Public screenings and discussions were held at the various places of worship, as well as exhibition venues in London, such as Tate Modern, Somerset House, Watermans Art Centre and, internationally, the Festival of Political Photography (Helsinki).

Finally, the photographic series Meals introduces each of the worship sites and their relationship to food, by representing the spatial arrangements of meal settings and food-related events within these communities. The images, devoid of people, employ a formal approach that emphasises how worship settings operate materially to enable food practices. Meals is sensitive to the aesthetics of the material and spatial organisation of commensality (the practice of eating together), from makeshift eating spaces to carefully choreographed table decorations, and presents these, alongside captions, as affective visual objects. 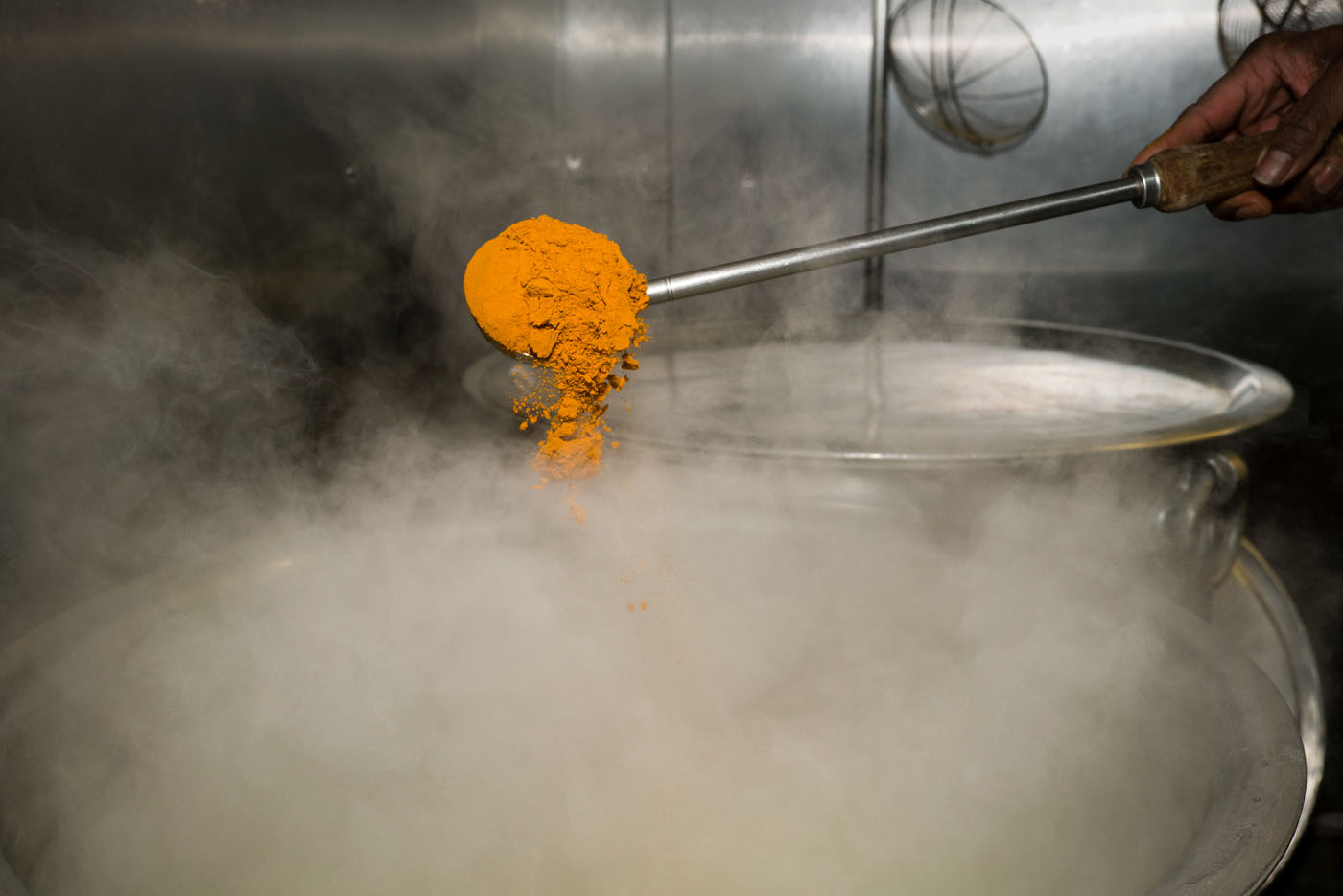 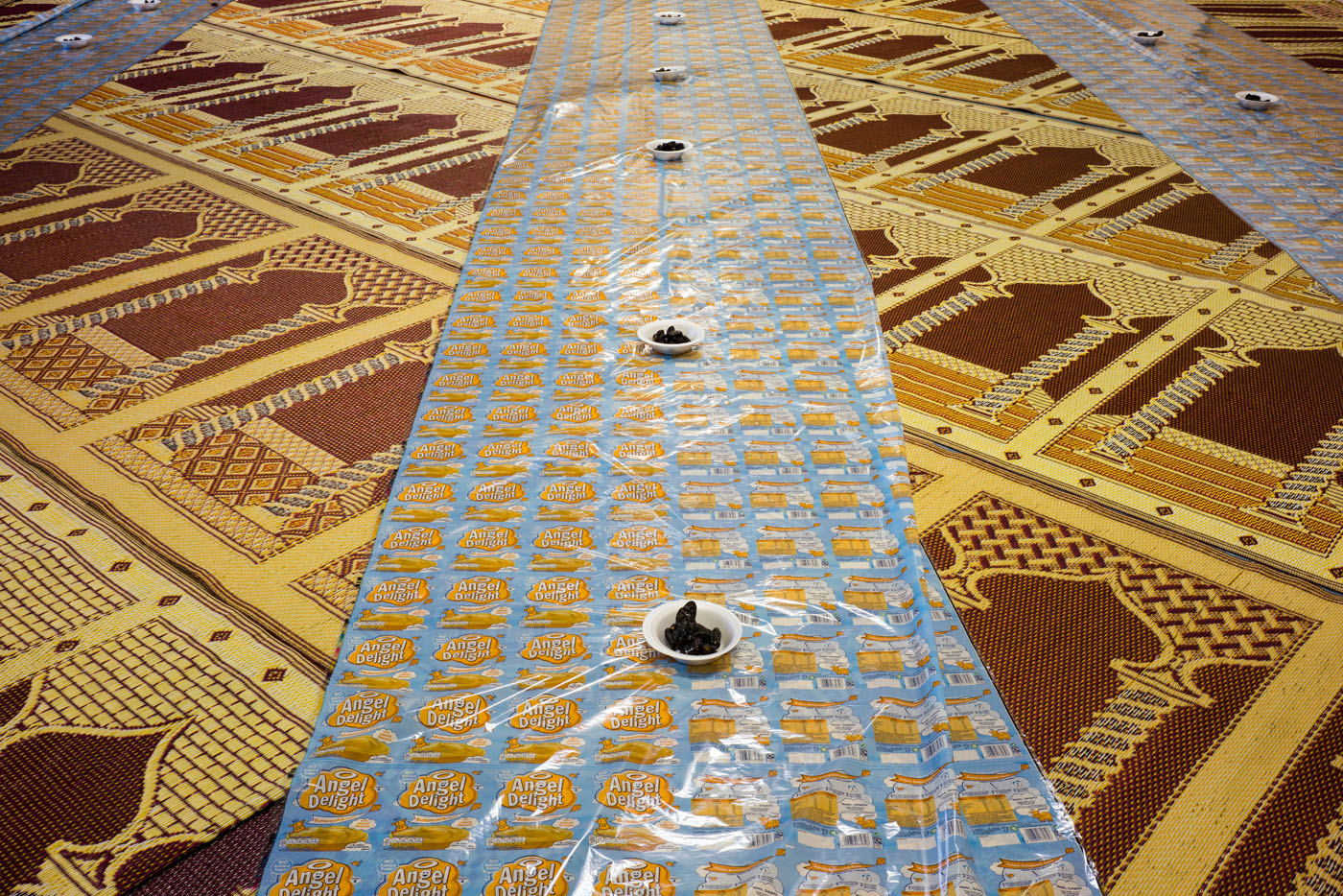 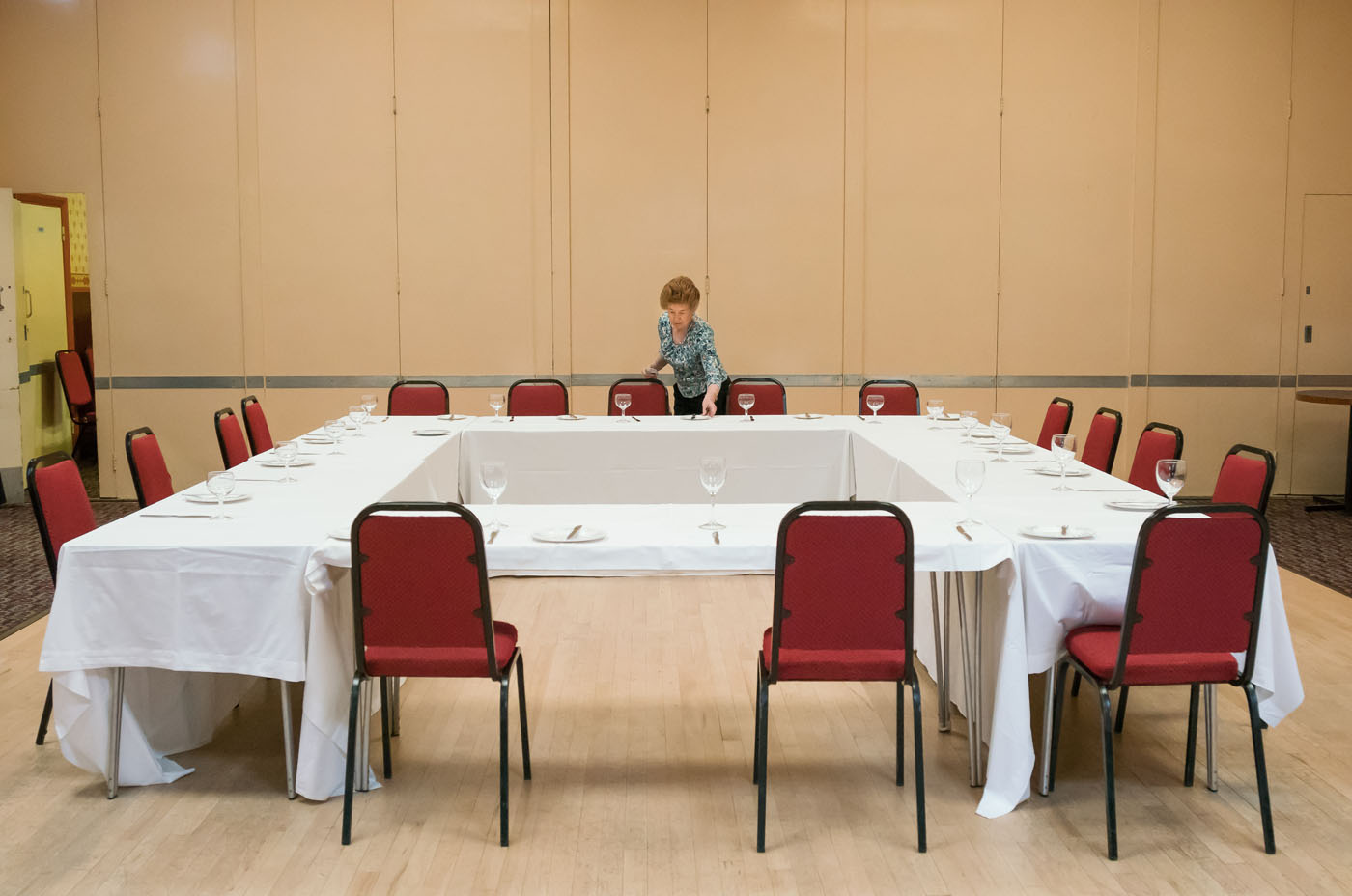 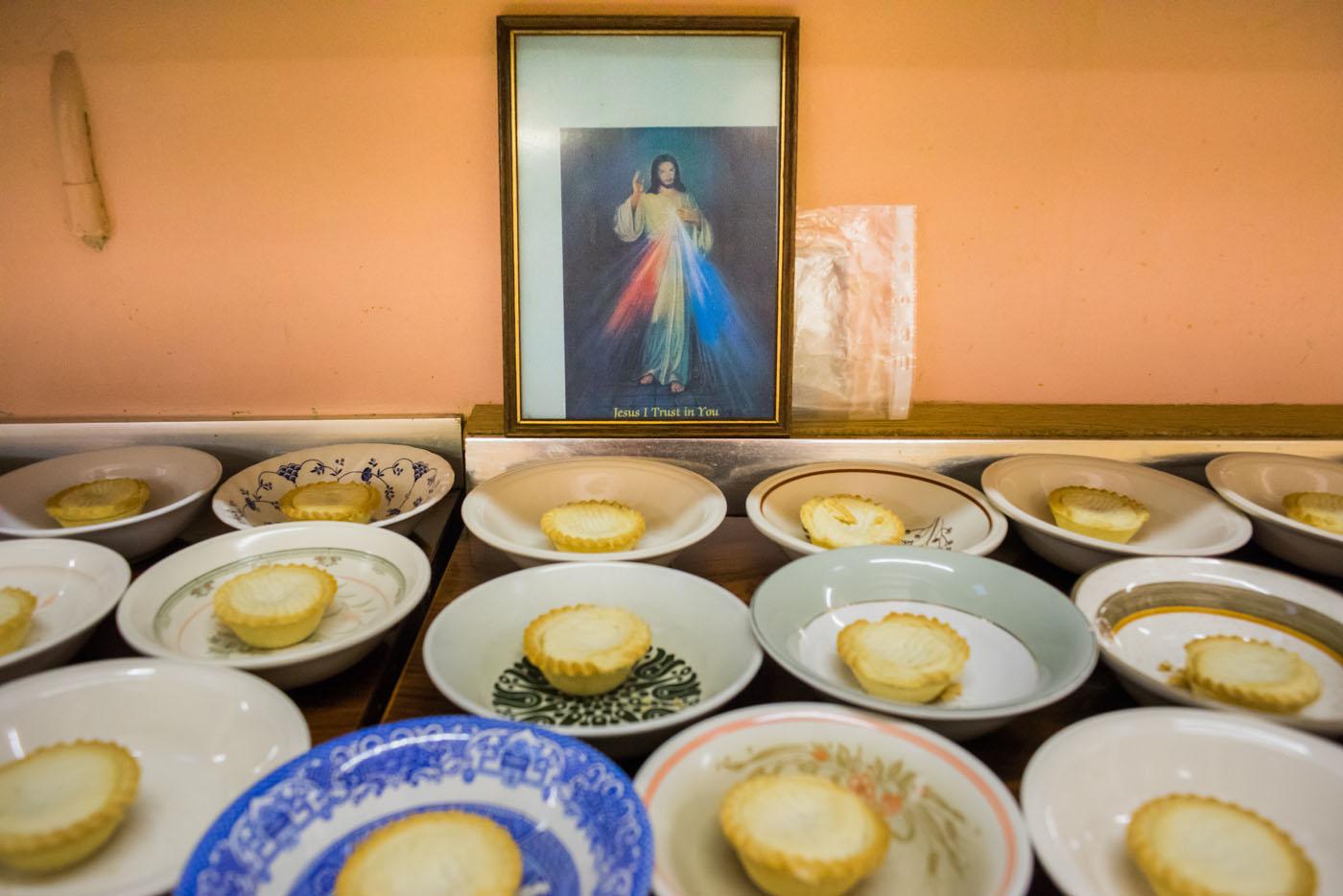 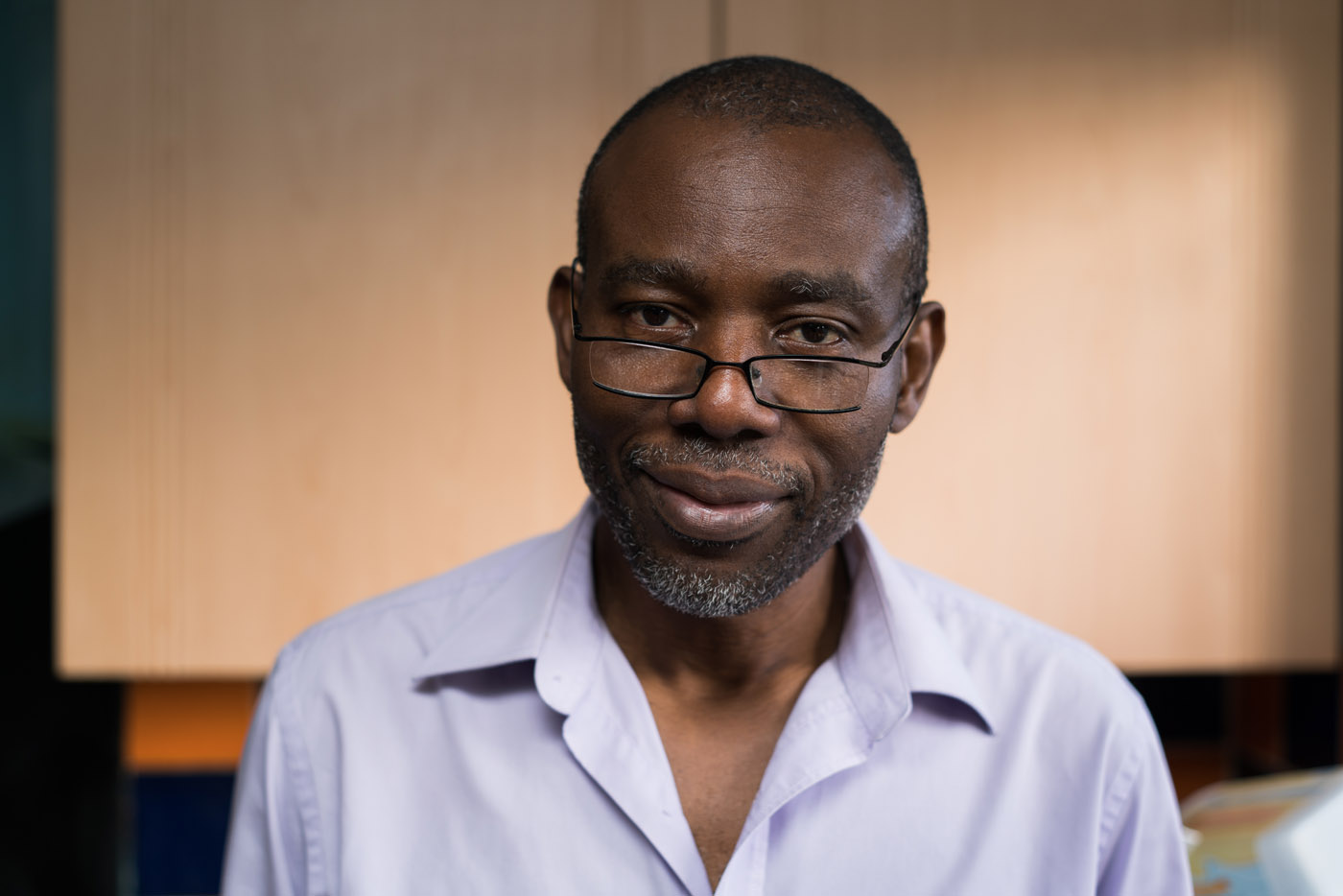 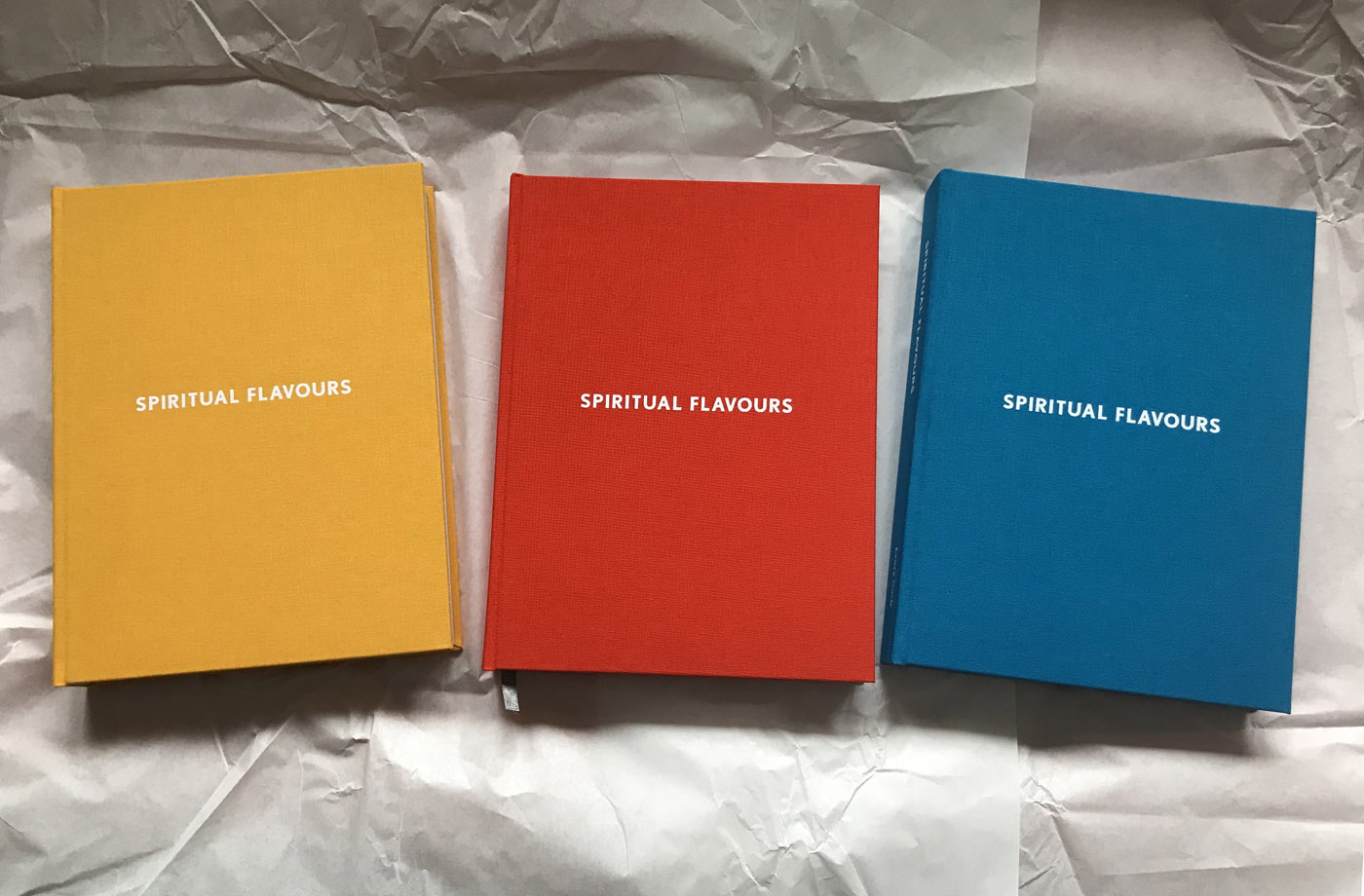 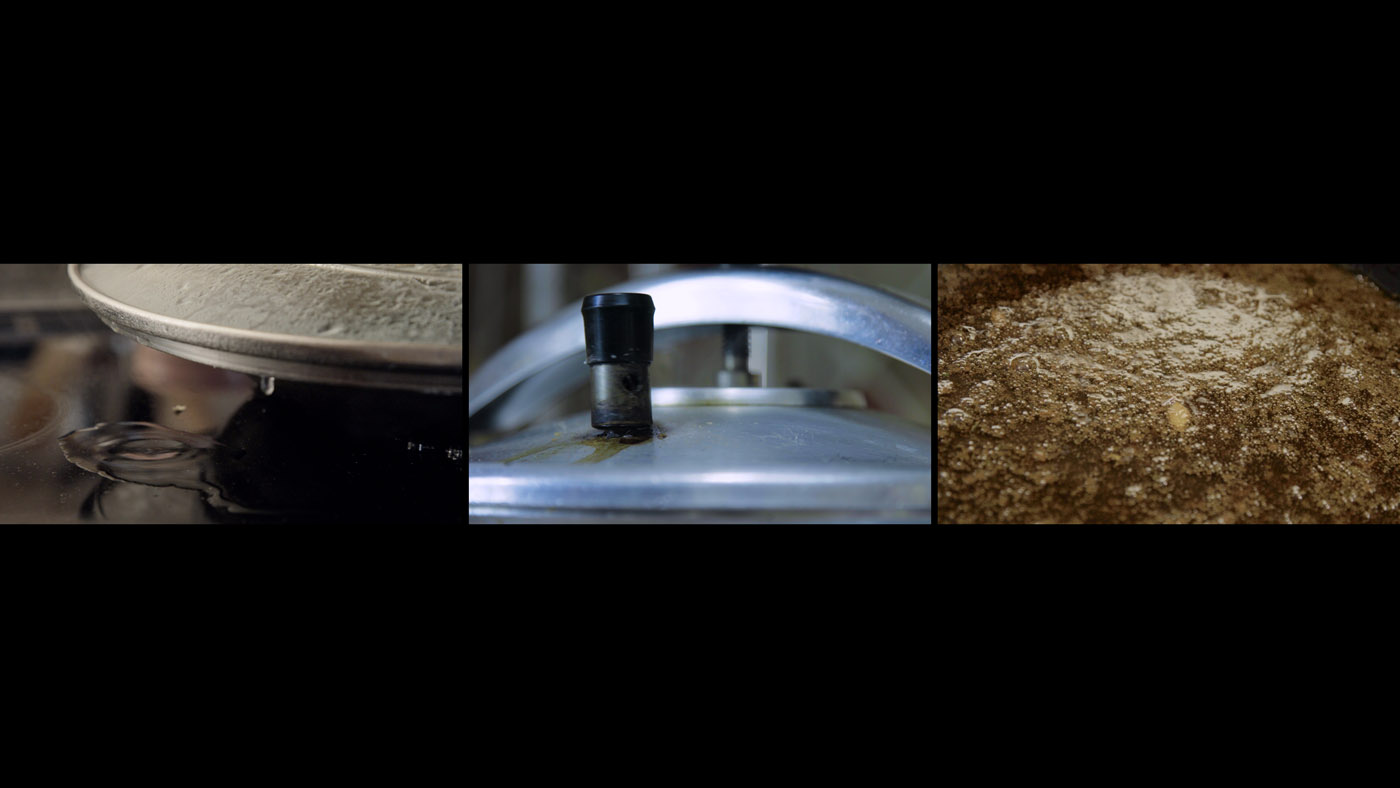