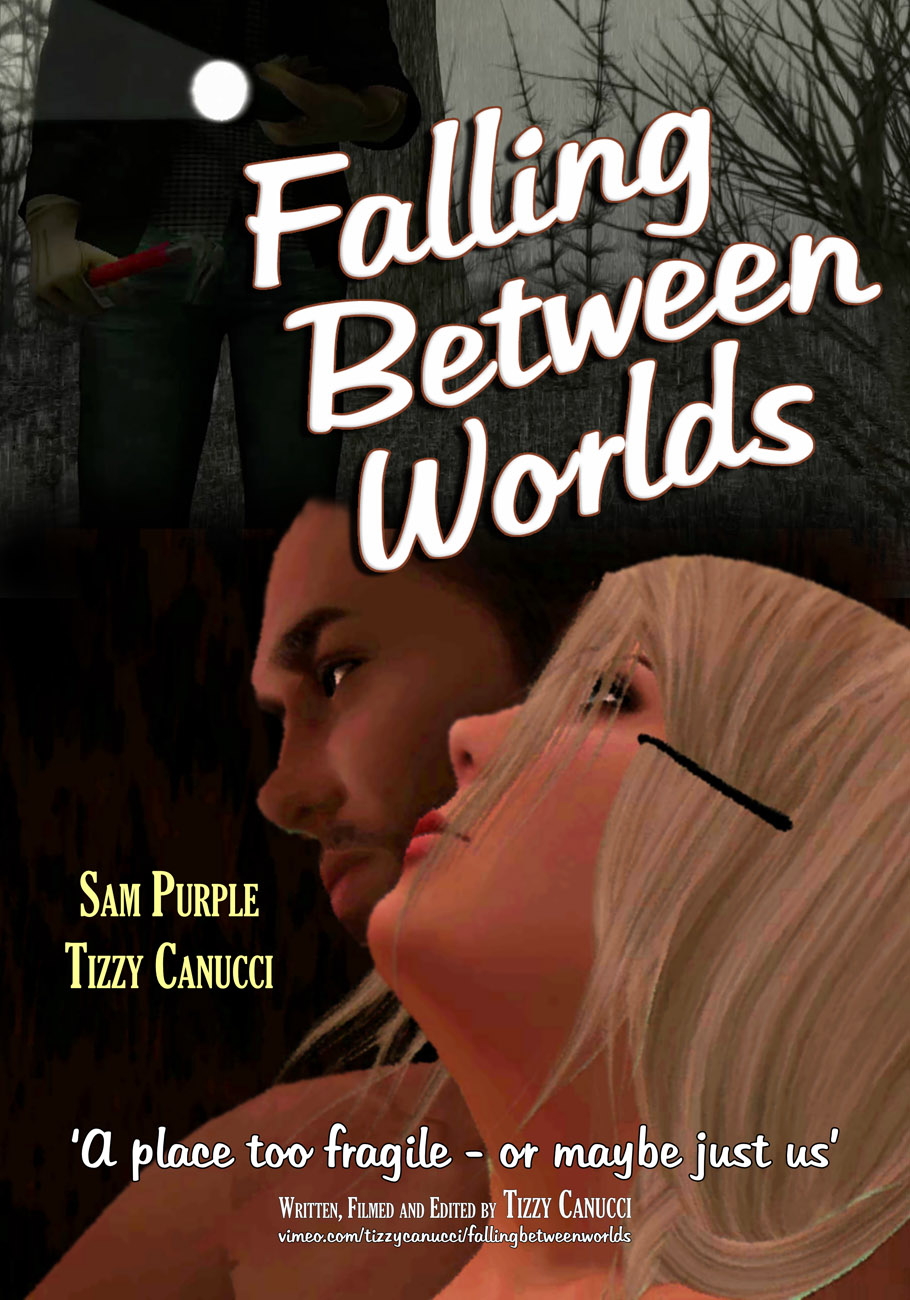 At first I dismissed this image, as having done a lot of work for print it falls short technically. But the image is not just about perfection. For Susan Sontag, images are “material realities in their own right, richly informative deposits left in the wake of whatever emitted them” (1979: 180). Further, as Ian Jeffrey observed, the photograph is not “the basic unit of account” (1981: 7), as they are often presented and seen in relation to one another. The image matters, but the wider contexts, including ideas and texts, matters just as much.

This image emulates the cinema poster. It is a composition of two stills from a piece of video art I made in a virtual world. Size is limited to what is possible with screen capture, which in my case was 1920 x 1080 px. This is why the images appear pixelated and the colours spread, but these are meaningful, as forms of Sontag’s “deposits”. Falling Between Worlds alludes to its position between the actual world and the virtual world of Second Life, but it extends beyond. It works with mutual creativity, affirming that singular authorship is a myth, as “most contemporary art is collectively produced (even if its authorship often remains resolutely individual)” (Bishop, 2006: 11). I created my visual images in the constant rain of One Caress, a visual space created by Squonk Levenque and Miuccia Klaar (2016). The theme and aesthetics are connected to Todd Haynes’s Far from Heaven, who had in turn connected that work with Douglas Sirk’s (Higgins, 2007).

It is one of my few videos with a narrative, set in a time before the Civil Rights movement – but it was clear that those politics were being reinstated through online space. Steve Bannon, so influential in Brexit and Trump’s election campaigns, rose through gaming, and the toxic cultures of #gamergate, Breitbart and ‘alt-right’ organisation that followed. They understood the weaknesses of platform capitalism and how to exploit them, not least through Facebook.

The explicit connection with rain was made while watching the inauguration of Donald Trump in 2017, and Revd Franklin Graham ad libbed: “Mr. President, in the Bible, rain is a sign of God’s blessing. And it started to rain, Mr. President, when you came to the platform” (The White House, 2017). I knew already that in British folklore, which was adopted in America, rain is not a universal blessing but associated with funerals (Bergen et al., 1889; Harris, 2015: 413). I also recalled that Hurricane Katrina and the flooding of New Orleans occurred during the previous Republican presidency. The image of rain in the video is not incidental. It is a character representing lives lost.