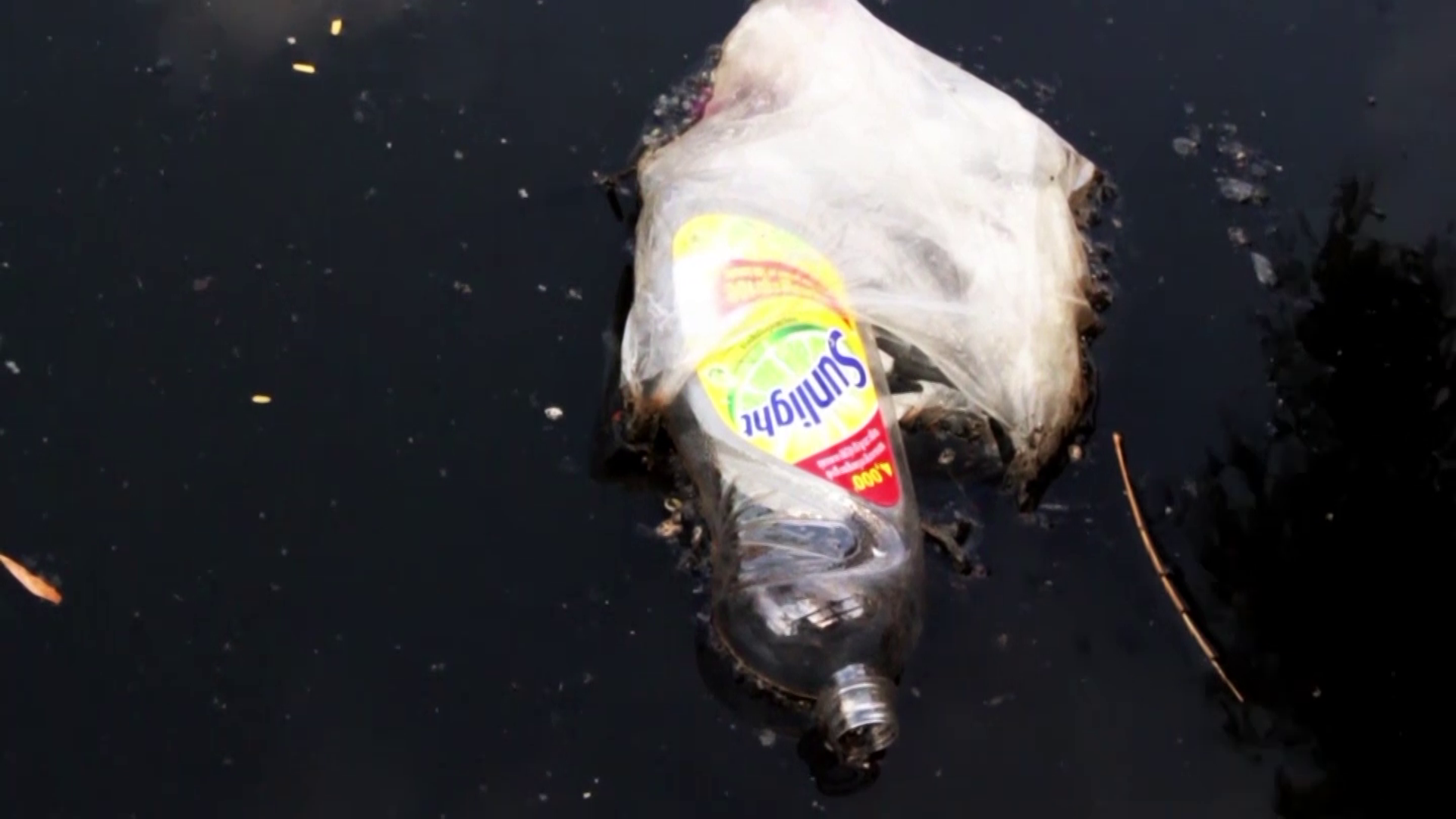 Work by Emit Snake-Beings, shared on June 21, 2021. Posted in Showcase

The video is a journey through Boeng Trabaek channel, a sewage and storm water drain which runs through south end of the city of Phnom Penh, Cambodia. Filmed and edited by Dr Emit Snake-Beings over the two months spent crossing ‘stink canal’ on a daily basis, whilst staying in the city January – February 2019.

The ‘liquid supermarket’ displays its wares for all to see, at the southern most part of the city the canal becomes a catchment area for the plastic floating down with the sewage and waste water- the remnants of the city’s numerous lives. Metal cages keep the plastic within the boundaries of the city whilst allowing the water to pass under a road and out into the countryside to the Mekong river. The people living at the southern end of Boeng Trabaek channel gather and sell the many water snails that thrive in the nearby swamps and wetlands. The repetitive sound of the snail seller’s motorbike mounted loud hailer can be heard on the soundtrack of the film, mixed in with other sounds recorded in the streets during the time in Phnom Penh.

Made as part of the Creative Ethnography Network (CEN). CEN was founded in 2017 as a way of questioning the role of the filmmaker as principal agent, incorporating ideas from the material turn, in social sciences, where the intra-actions of human and nonhuman actants form a network (or meshwork) of knowing. The starting point for the Creative Ethnography Network accepts that video/film is ‘artificial construction’: an artifice resulting from complex interactions between technologies, sound, light and multiple collaborators within a network of human and non-human agents. Socio-material art based research.