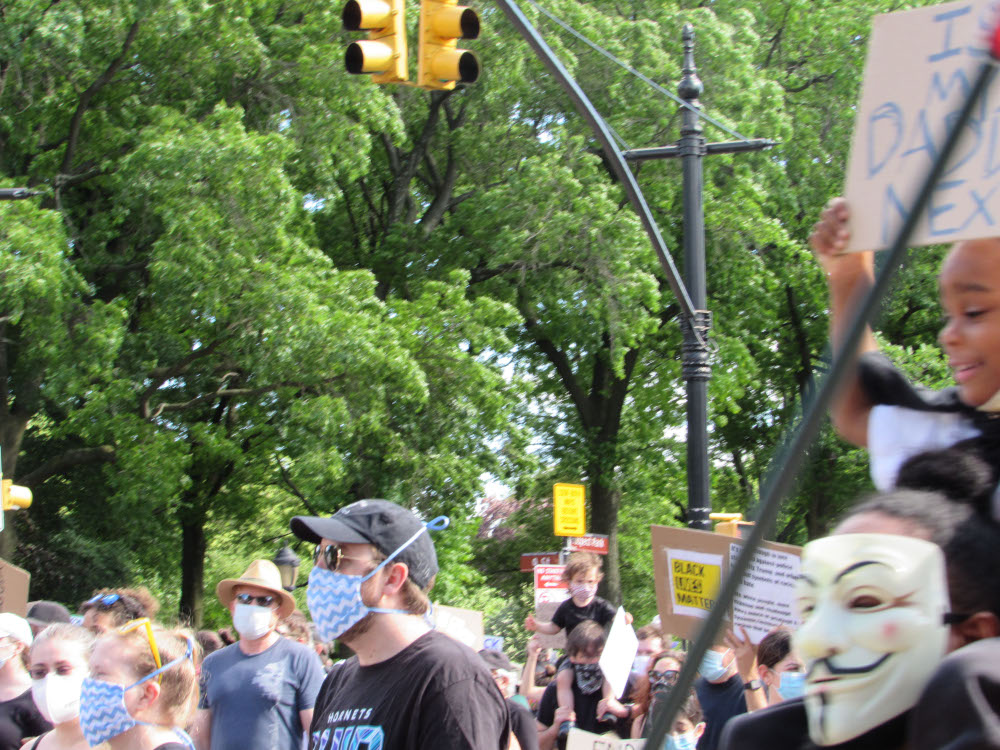 Work by Jerome Krase, shared on January 6, 2023. Posted in Showcase

Seeing How Black Lives Matter in a Super-Gentrified Neighborhood

Although there are many ways that neighborhoods such as my own, often described as Super-, or otherwise Gentrified (Halasz 2018). the fact remains that many of its residents fall on the liberal and left-leaning spectrum of American politics. It is also a place that has been an area accurately described as exhibiting Super Diversity (Vertovec 2007). Although the area is “diverse,” People of Color, mostly a diverse collection of Latino residents, tend to dominate in sections that are slowly undergoing displacement pressures as the rapid construction of high-rise “luxury” apartments continues unabated by the COVID-19 pandemic.

This creates opportunities for visual conundrums to appear on the streets.

Since I had stayed close to home during Phase I of the New York State Lockdown, I limited my Visual Sociological explorations of urban neighborhoods to a few streets near my home that are close to Brooklyn’s largest park, Prospect Park, which has been an assembly point for several major Black Lives Matter marches and protests, some of which I participated in until they became, for me, even with universal masking, “too crowded.” What follows are a few photographs I took of those events. Each has a brief description, and some ask an important question about how images might be interpreted. Given the racial and economic privilege of the neighborhood in which these events took place, the background question I ask is “Is the social justice demanded by the BLM Movement possible without economic justice?”

On June 1, a large crowd of Black Lives Matter marchers assembled at the 9th Street entrance to Prospect Park. They then filed, about a mile long, to join many more others at Grand Army Plaza. These photos show its middle and end.